Welcome. Myrons Mopeds does not have actual Suzuki parts, other than things that are the same as on other bikes. But there is a Honda dealership in Oakland, Maine USA that is friendly to American Honda and Suzuki mopeds and small motorcycles and their parts. They can still get many parts for Honda NC50/NA50 Express, Suzuki FA50 Shuttle, and more. They have every US dealer’s parts inventories at their fingertips, to locate scarce parts. When you loose your Honda or Suzuki keys, instead of replacing the entire ignition key switch, they can make new keys from the key code number on the back-inside of the switch. Call them for parts inquiries at (207) 465 – 3710, 9am to 5pm eastern time, or email to hondasuzukiworld@yahoo.com or click http://www.hondasuzukiworld.com/contact-us/contact-us.html.

Here are most of the beloved Suzuki motorcycles, USA models, with a focus on 50cc models. 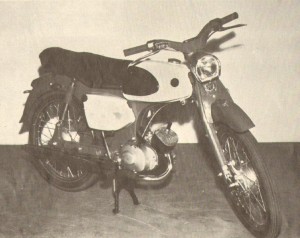 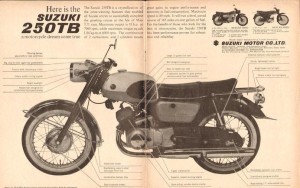 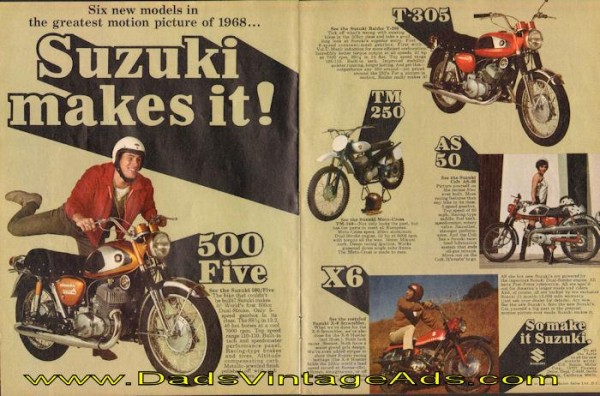 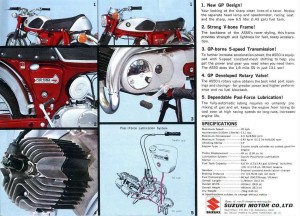 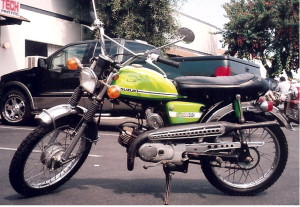 Suzuki and Honda have always been competitors, starting with 50cc GP road racing in 1962. Almost every early Honda model had a similar Suzuki cousin. But Honda believed in the four stroke engine, while Suzuki believed in two stroke power. Here are the moped-type step thru frame models. Basically the Honda 70cc 4-stroke was heavier but had better manners. The Suzuki 50cc 2-stroke was lighter, faster, but sometimes smokey or fussy. 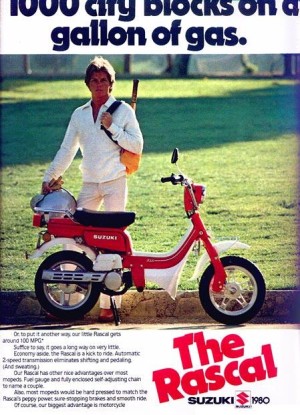 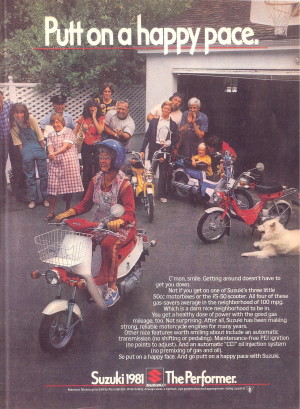 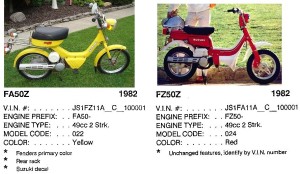 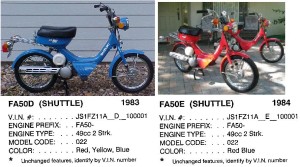 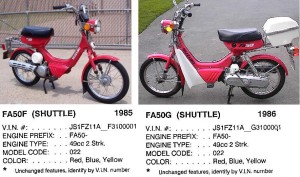 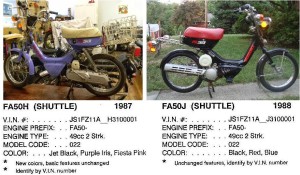 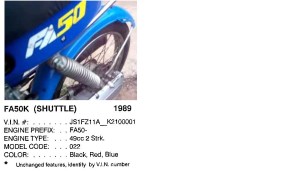