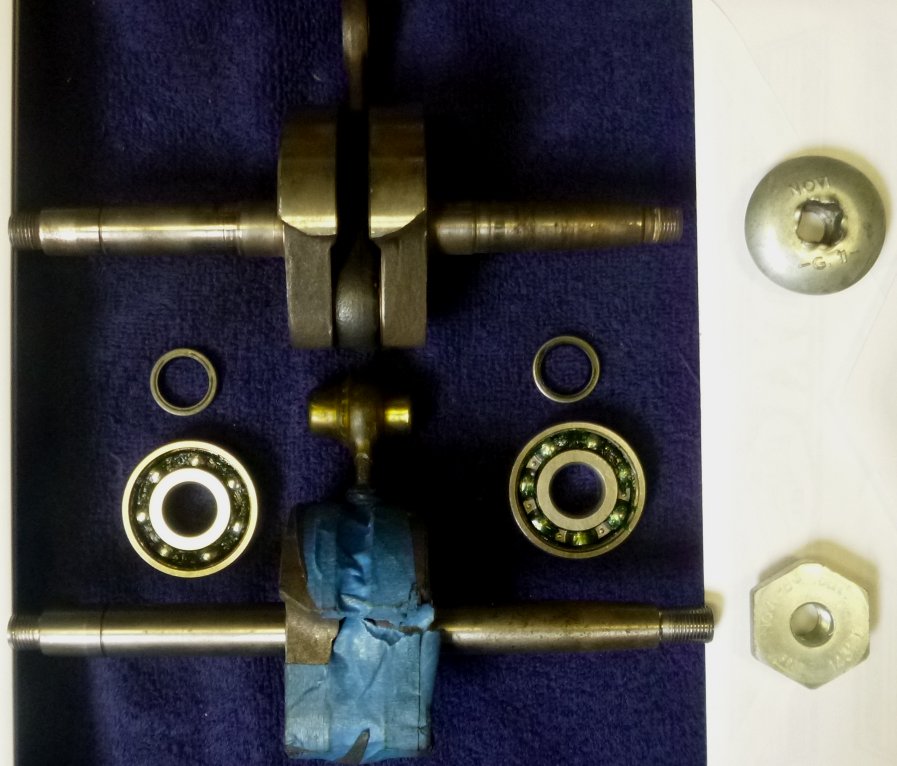 But Myrons does not offer the special bearings for the original cranks.

Instead we offer a new original 1980-later crankshaft that has been machined from 16mm to 15mm at the center where the bearings press on. The press fit is precise and correct. The piston pin and needle bearing are new, included, and factory sealed in wax, that peels off. Two 6302 bearings, and two 15x21x4 seals are included. Price is $180.

It is long enough to take the 1980-later hex nut, sold separately at $10. But it will also take the pre-1980 square-hole nut, if the extra threads are ground off.