Welcome. This is unfinished. Myrons has many Puch engine parts. But none are shown or listed here. 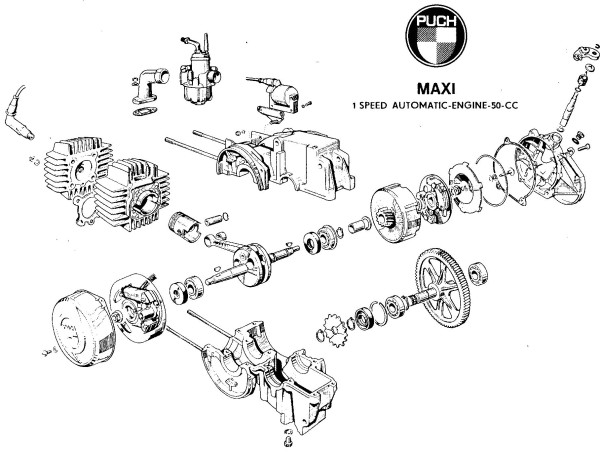 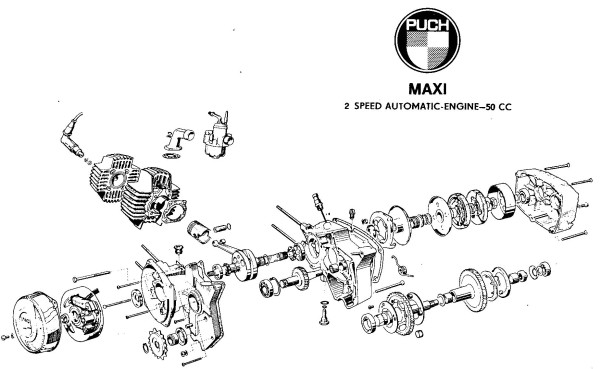 All of the polyurethane “pucks” or “shift cushions” on Puch 2-speed automatic engines decompose after 20 or 30 years. If you drive one with decomposed or missing cushions, during the shift it can chatter and shake the bike. This can cause the gears to have broken teeth, a disaster. Every old 2-speed should have new pucks before being rode after years of sitting. They are oil-resistant rubber disks about the size of a quarter.

This entry was posted on Sunday, August 9th, 2015 at 8:11 am and is filed under Puch Engine. You can follow any responses to this entry through the RSS 2.0 feed. Both comments and pings are currently closed.