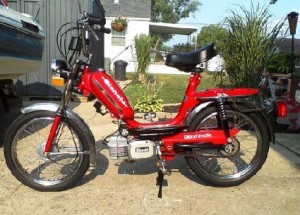 Bianchi moped models include the Bianchi Eagle 30 (or 25 or 20), made by Italvelo, with Minarelli V1 engine. It is the same as a Snark. See Snark, in Misc. Italian Mopeds.

Snark      made in Italy by Italvelo or Italtelai     Minarelli or Morini

Snark is a fictional animal in the Lewis Carroll nonsense poem, “The Hunting of the Snark”. It was a trade name made up by Snark Moped, Inc, 300 Milik St, Carteret, New Jersey 07008. The Snark Satellite and Bianchi Satellite, made by Italtelai, are the same as Pacer Super Sport and Arciero top tank mopeds, all with Morini Franco Motori engines.

Left, the Snark Standard (bottom blue) and the Snark Deluxe (top red), with Minarelli V1 engine, are made by Italvelo. A Snark Deluxe is the same as a Bianchi Stardust. See Bianchi above.

Italvelo is not in the Wheels of Italy Motorcycle Encyclopedia, perhaps because they made mostly bicycles. Italvelo made Aspes, Bianchi, Snark, Italvelo, Velomec step-thru mopeds. See Aspes, Snark and Velomec in Misc. Italian Mopeds. The list grows… 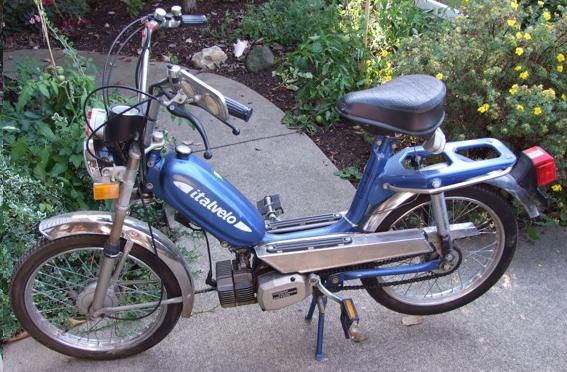 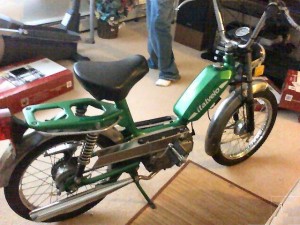 This entry was posted on Friday, July 13th, 2012 at 1:33 pm and is filed under Bianchi Parts. You can follow any responses to this entry through the RSS 2.0 feed. Both comments and pings are currently closed.