Avanti       made in India by Mont Motors     Garelli remake 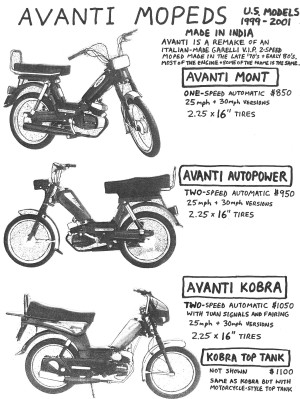 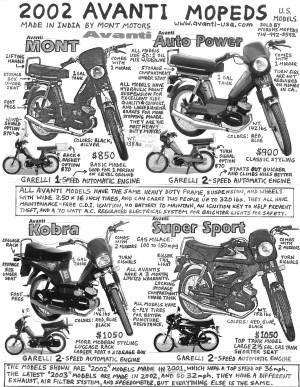 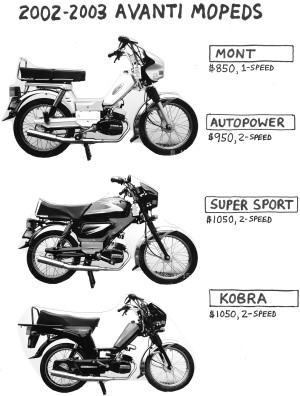 Mont Motors Limited is located in Rajasthan, India. It was established by Pacco Group of Companies in 1997-98. Mont Motors was the first in India to manufacture mopeds in 1984 with technical collaboration from Agrati Garelli of Italy.

The main products of Monto Motors Limited are as follows: 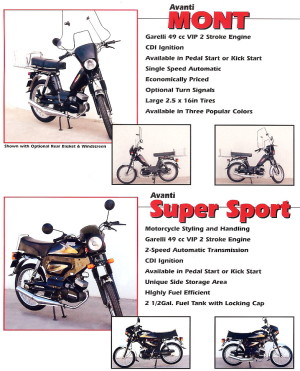 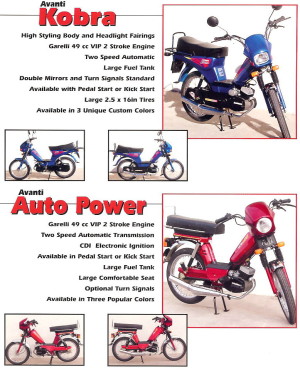 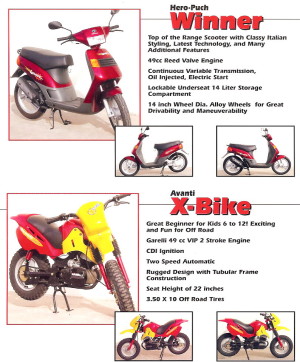 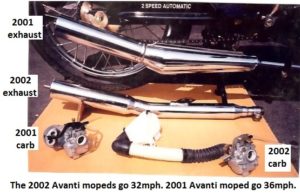 Cosmo Stinger       made in India by Mont Motors     Garelli remake

Myrons Mopeds does not have specific Avanti or Cosmo Stinger parts, other than things that are compatible with other mopeds. The only exception is a new red 2001 Autopower that was parted out. Those parts will be shown here eventually.

This entry was posted on Friday, July 13th, 2012 at 2:27 am and is filed under Avanti Parts. You can follow any responses to this entry through the RSS 2.0 feed. Both comments and pings are currently closed.