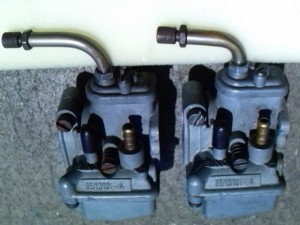 Sachs Bings can have long or short cable elbows. 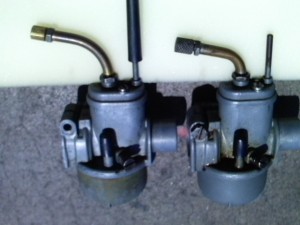 Puch Bings can have long or short cable elbows.

Sachs Bing Cable Elbows: Left photo above, left is the long carb elbow, used on KTM Foxi, Sparta Buddy, and most Sparta Foxi models. Right, is the short carb elbow used on other Sachs engine models. The Sachs elbows are 7mm, not 6mm threads like Puch ones. The bigger elbow allows the throttle cable small end to pass through the 6mm adjuster. So Sachs double-ended throttle cables do not come with adjusters. The adjuster stays with the elbow. Puch Bings have 6mm elbow threads, and 5mm adjuster threads, too small for the cable end to pass through. So Puch double ended throttle cables have the 5mm adjuster trapped in them.

Puch Bing Cable Elbows: Right photo above, left is the long carb elbow, used on Maxi models, also with the black choke extension. Right, is the short carb elbow used on Magnum type models. The current aftermarket “Puch” throttle cables are made for the short carb elbow. They idle way fast if used with the long elbow, because the slide is not allowed to go fully down to idle. Myrons sells a long elbow throttle cable, for Puch Maxi, made from a modified “Puch” throttle cable. The wire needs to be about 12mm longer. The long elbow comes on Maxi type sheet metal frame models. The short elbow comes on Magnum type tube frames, such as Sears Free Spirit or JC Penney Pinto. The short elbow is so your foot does not hit it when you get on and off the bike. See the exploded view diagram below. Other Bing moped (under 15mm venturi) carburetors are the Sachs Bing, Kreidler Bing, Solo Bing, Tomos Encarwi, Batavus Encarwi, Trac Encarwi. Much bigger Bing carburetors are also on BMW, KTM, Penton, Sachs, Maico, DKW motorcycles, all made in or near Germany. 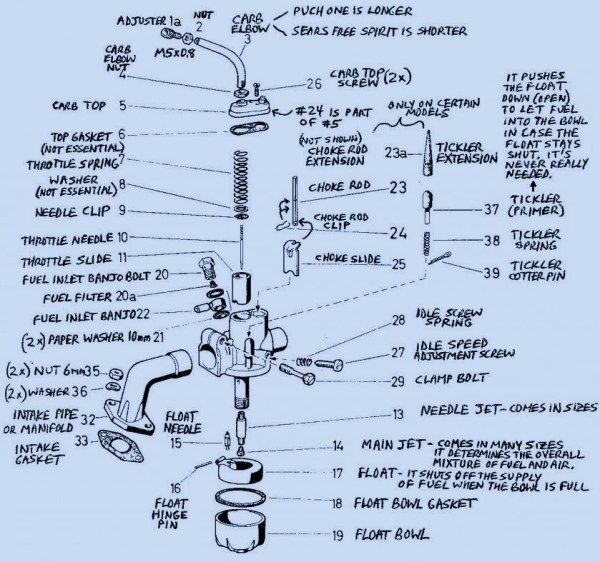 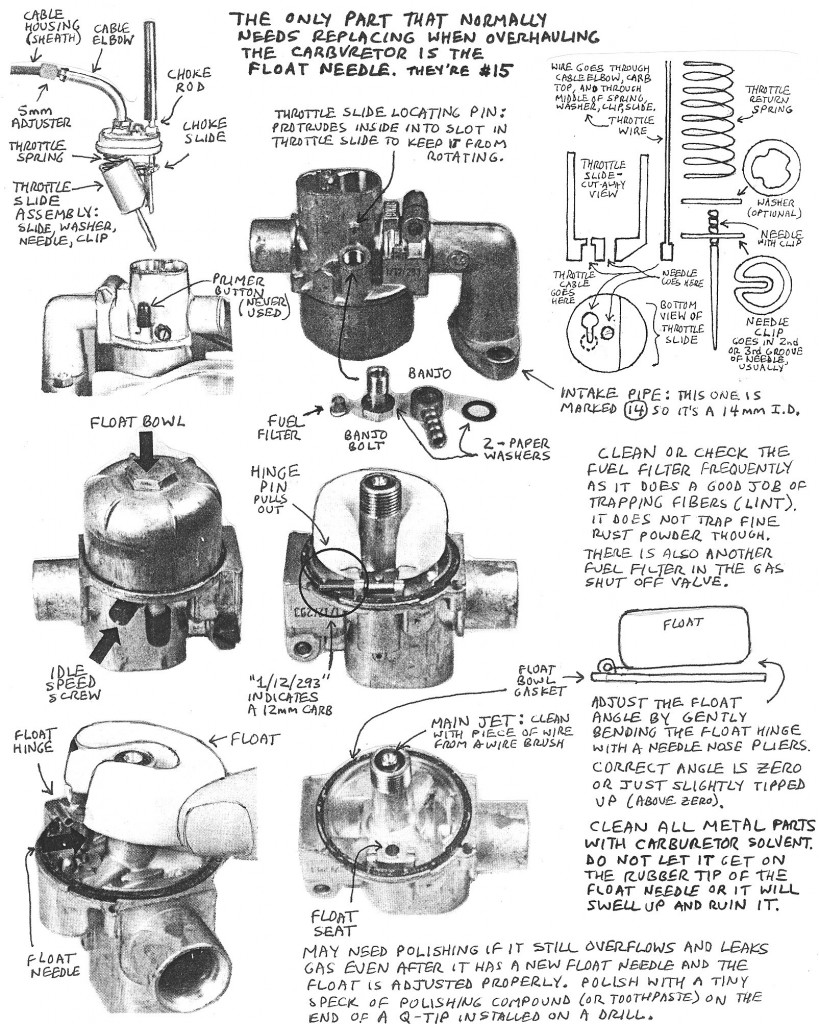 These white flakes were the cause of a customer’s Puch not running. By chance a tiny spec broke off and lodged in the main jet.

All “Bing Puch Carbs” have the slotted float type float needle with a rubber cone tip, except for some of the Sears Free Spirit 1/14/163  and 1/14/164 carbs, which have a Sachs Bing type float needle that does not lock into a slot in the float and has a metal cone tip.

4. What part controls mixture depends on how much throttle opening 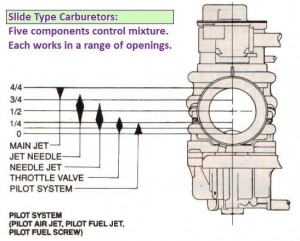 This entry was posted on Saturday, May 3rd, 2008 at 7:37 am and is filed under Puch Carburetor Service. You can follow any responses to this entry through the RSS 2.0 feed. Both comments and pings are currently closed.