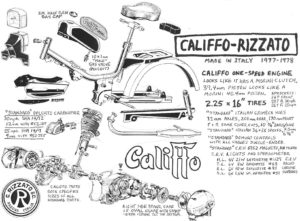 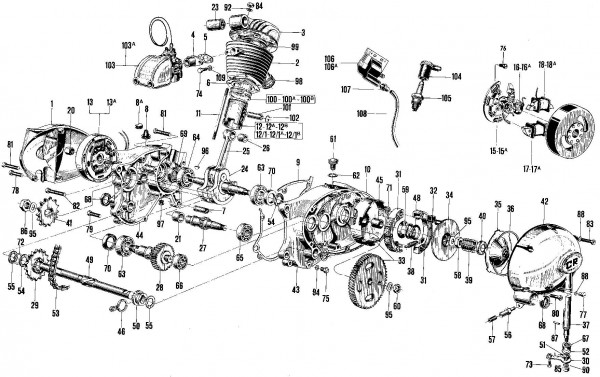 Here is an exploded view of the Rizzato 119, a one-speed automatic moped engine, 49cc limited. It is for information purposes. Myrons does not have Rizzato parts, other than substitutes or compatibles.

This entry was posted on Friday, July 13th, 2012 at 10:51 am and is filed under Rizzato Parts. You can follow any responses to this entry through the RSS 2.0 feed. Both comments and pings are currently closed.